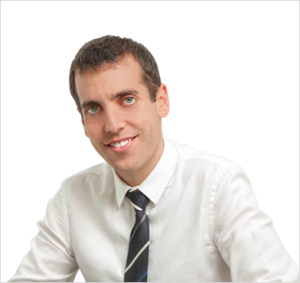 Will Shannon is an internationally recognised authority on natural medicine, the science of Iridology, Herbalism and working with incurable illness. He is the president of the Australian Complementary Medicine Association. His expertise (including as a naturopath and iridologist) has been called on from individuals from around the globe; having personally consulted tens of thousands of people from over 140 countries.

Will Shannon has served as an advisor and Naturopath to leaders from all walks of life including global celebrities, actors, media and entertainment figures. In the sporting arena, he has advised national and international athletes. In the area of politics his clients have included government departments and individuals including current and former heads of state and Government. He has also served as a consultant for the legal community.

Will Shannon is a 2nd generation practitioner of natural medicine whose father Eli Shamon started the Pinnacle brand of health clinics, and products. He is the founder of BioMediK Companies which offer health care, medical service and education to individuals globally, including those who might not otherwise have access to medical care.

He is a recognised catalyst in personal and social change and has been lauded for his training in understanding and protecting the access of medical care to minority groups. He is committed to change in social systems and is trained in the Eriksonian approaches, direct and indirect negotiation, brief and family therapy, general, dynamic and systems theory applied to human relationships, conflict resolution, life cycle theory, the third side and human needs intervention. Having treated both Western and Natural Physicians of a variety of ethnicities, his innovative work, including as an iridologist, and teaching materials have been utilised by a variety of educational institutions around the world.

He’s been trained in posture assessment and intervention through Egoscue University® founded by Peter Egoscue who has been called the “father” of American posture therapy, and has been trained in lower limb biomechanics by Dr Abbie Najjarine, a podiatrist who was one of the early pioneers of orthotics and biomechanics in Australasia.

He has completed Gottman Method Couples Therapy Level 1 training whose work was founded by John and Julie Gottman and utilises this in his work.

He had been featured or quoted in publications such as The Wall Street Journal and Forbes, and in the past has been a regular contributor for Woman’s Day, Australia’s highest selling weekly magazine.

An occasional public speaker highlights have included speaking inside the U.N head quarters, and at the Clive Davis theatre at the Grammy® museum.

He travels around Australia every year, including the Australian capitals Sydney, Melbourne, Canberra, Brisbane, Adelaide and Perth, in addition to international destinations.

He has designed medicine, and food products to the standards of the Australian and Chinese government, for many years, with the Australian Government maintaining some of the most stringent controls on complementary medicine in the world.

He has knowledge of ASADA and World Anti Doping requirement when working with national and international athletes, and has worked to ensure athletes have substances consistent with the requirement of these legislation including staying up to date with the latest updates to these codes.

His work through the World Health Care Council has assisted people in the 2nd and 3rd world obtain access to life saving care. The WHCC offers frame work, guidelines and training programs for government and private sector for development and implementation of health care systems.

The WHCC has holds special interest in Fiji, Tonga, Samoa and Polynesia with further plans to expand into Uganda, South Africa and Alaska (USA).

Pinnacle Health Clinic accepts all those without discrimination for race, religion, background or other socio-economic factors.

Pinnacle Health Clinic has plans to open permanent locations training other Naturopaths and Iridologists in Melbourne, Brisbane, Adelaide and Perth, including other locations in Sydney including Penrith, and Double Bay.

The Australian Complementary Medicine Association plans to unify Australian natural medicine modalities, offering further acceptance and guidelines for those in spiritual fields with plans for special guidelines and programs for those incarcerated, law enforcement, and the protection, preservation and advancement of indigenous medicine.

He is based in Sydney, Australia.